We have problems with our telephone exchange.

Our telecommunications operator is troubleshooting the problem.

Our history stretches back more than 350 years and we are thus one of Sweden’s oldest companies. Today, we manage, in addition to our business premises, a manor house from 1785 and a unique mill environment with ponds, canals and worker’s homes. We also have a mill museum that is run by the Bruzaholms Bruksmuseum Association.

Work at Bruzaholms Bruk began in 1660. Water, the forest and iron ore are all present here. Although many natural disasters and accidents have affected the mill over the centuries, the enterprising owners have always built it up again.

According to a charter from 1660, Bailiff Nils Pädhersson was granted permission by the Swedish Board of Mines to build an “iron smelter.” Operations were on a modest scale, but were quickly expanded, with a blast furnace, tilt hammer and a truss hammer. All types of forging were carried out at the mill.

In around about 1800, forging in Sweden suffered a decline. This was when Proprietor CMA Sjögreen started the foundry operation. Thanks to their high quality, foundry products from Bruzaholm had a good reputation right from the beginning. It was a revolutionary time. Major successes were punctuated by substantial setbacks.

The end of the 17th century saw the beginning of the important pump production. Under Proprietor J O Lundberg, 175 different models were produced, including the renowned “Väduren” (“Ram”). In 1896, he also took out a patent on the o-ring, which is still used today in many contexts throughout the world.

In 1931, production of radiators and furnaces began. The 1950s saw the start of production for wear and heat-resistant parts – production that continues to this day. 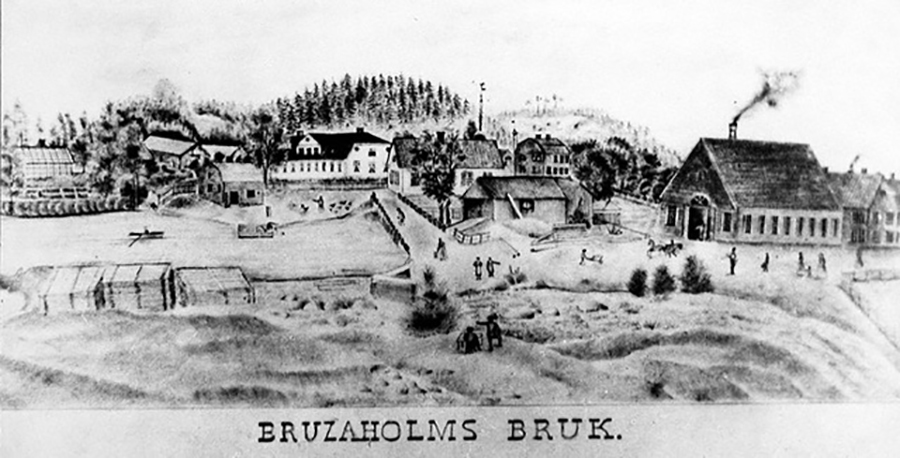 This site uses cookies to help provide you with the best experience we can. By using this site you agree to the use of cookies. Learn more.